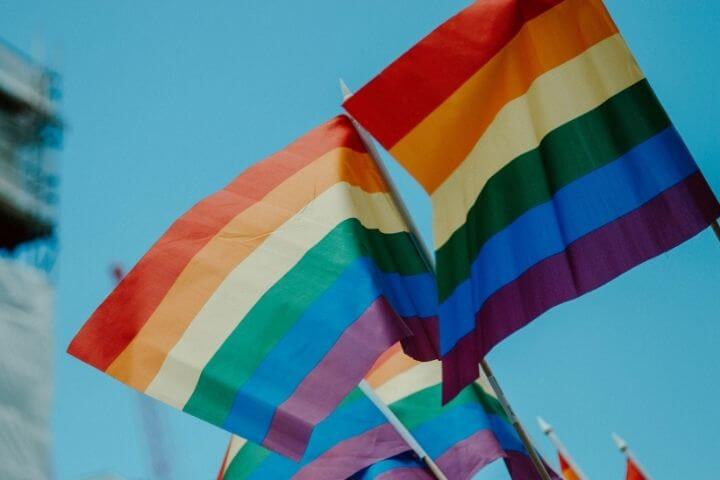 Around the world, February is a time of celebration.

For people who identify as LGBTQ+ (that’s Lesbian, Gay, Bisexual, Transgender, Queer and any other form of self-definition), it’s an opportunity to stand up and share in the joy of being who you are.

In the last decade, a lot has changed for LGBTQ+ people in the UK, though there is still a huge amount of discrimination and ignorance.

To add our own celebration, we wanted to share the stories of five inspirational people from the British Queer community. 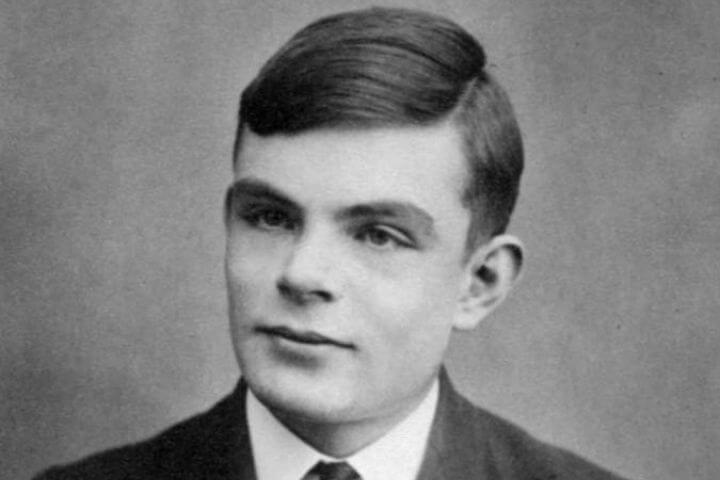 Turing is essentially the person responsible for the creation of the modern computer.

A genius-level code breaker during WW2, he helped crack coded messages sent from Nazi Germany, allowing Britain to find out vital details about a huge range of military campaigns being planned against them.

Turing’s life is an example of the hardship LGBTQ+ people faced in this country, though. In 1952 he was convicted of having a relationship with a man, which was illegal at the time.

His punishment was a particularly cruel one – chemical castration. The effects of which led Turing to take his own life at the age of 41.

He is, without a doubt, one of the UK’s most important people, a fact which was recognised in 2020 when he was voted the ‘Greatest Person of the 20th Century’ following a public vote by the BBC. 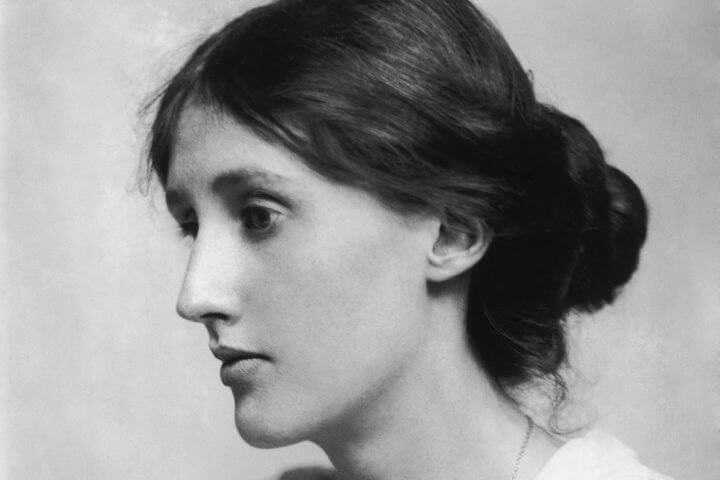 Virginia Woolf is still considered one of the most important English writers of all time.

A member of the hugely influential Bloomsbury Group, Virginia was married to the author Leonard Woolf but is known to have had a long-lasting romantic relationship with yet another writer, Vita Sackville-West.

Her most famous works include the novels Mrs Dalloway, To the Lighthouse, and Orlando.

The last of these was written during their relationship and Sackville-West is thought to have been the inspiration for the protagonist.

Vita’s son described Orlando as "The longest and most charming love letter in literature.” 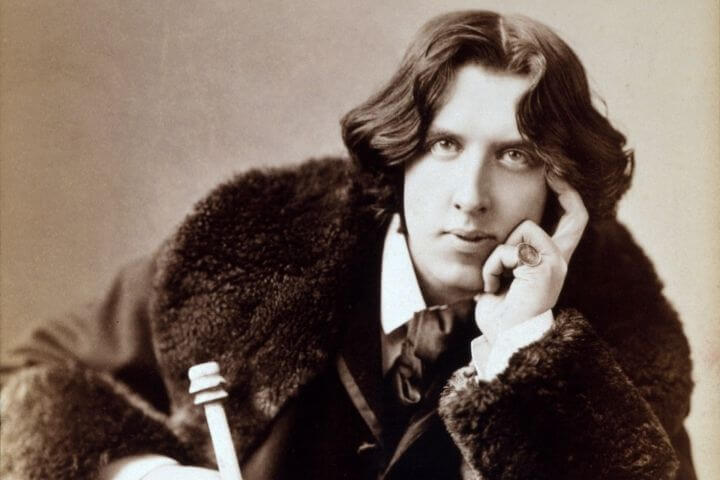 The incredible wit and wonderful playwright, Oscar Wilde, is another person often thought of when talking about LGBTQ+ people in British History.

Wilde was the author of a huge number of plays and essays, many of which are still performed to this day.

If you’ve ever seen the Importance of Being Ernest or The Picture of Dorian Grey, you know Wilde’s work.

He was known for being outrageous, quick-witted and hilariously funny, all of which bled into his work.

Like Turing, Wilde was also accused of the ‘crime’ of being gay. In 1895 he was convicted and sent to Reading jail.

After his sentence, he spent the remainder of his life in France and is known for his last words being, ‘Either this wallpaper goes, or I do.’ 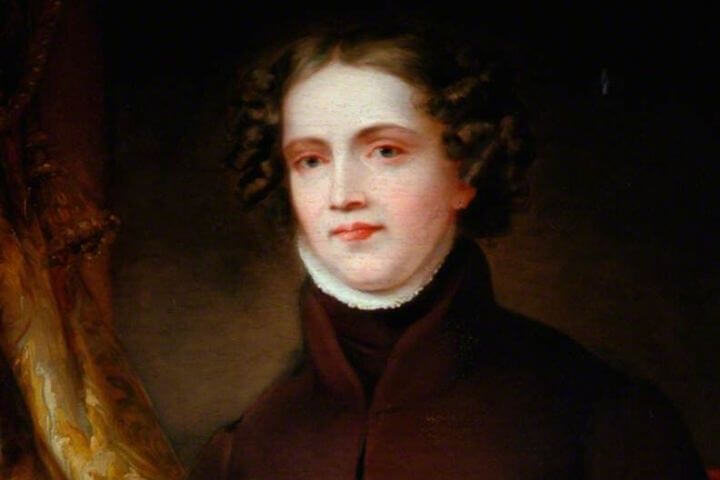 Born into a wealthy Yorkshire family, Anne Lister was a diarist and all-around exceptional person, especially for the time she was living in.

Owning your own land as a woman in the period was not a common thing, for one. She was also the first female to climb several mountains in the French Pyrenees.

Why she stands out though, more than anything else, are her diaries. Written in code which couldn’t be broken until long after her death, they confirmed she was a lesbian.

This, of course, would not have been a shock to anyone that knew her. Known as Gentleman Jack or simply ‘Fred’, she dressed in male clothing and had many relationships with women around the local area.

She ended up ‘marrying’ another wealthy woman named Ann Walker, including giving her a wedding ring and even having a ceremony in a local church.

By all accounts, the couple lived very happily together in Anne’s ancestral home for the rest of their lives. 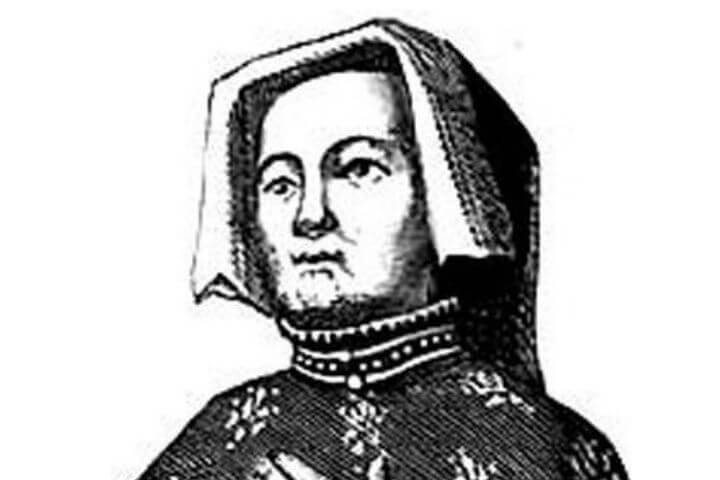 The furthest back our list goes, it’s important to consider that LGBTQ+ people have existed throughout history, including in this country.

In 1394 Eleanor was arrested for being a sex worker. We know that she had worked sowing clothes as well as being a prostitute in Oxford.

But after her arrest, it was discovered she had been assigned male gender at birth. Not only that, but it was confirmed she’d had relationships with both men and women.

The information we have about Eleanor is extremely limited, all of it coming from the court transcript of her trial.

But her case is an interesting example of the existence of LGBTQ+ people in the UK as well as our changing attitudes.

There are literally countless others we could have chosen to talk about for this article. The reason it’s so important to look at Queer history is that we have, for so long, ignored it.

But thinking about many on this list, it becomes clear that LGBTQ+ people have contributed a huge amount to what our society looks like today.

Five ways to remember what you learn

In this article, we’ll explore some of the ways you can retain the information you hear in class and make sure you come away from your time at the University of Sunderland in London as an expert in your field.

New Year’s traditions from around the world

Happy New Year from the University of Sunderland in London! To start 2021, we thought we'd celebrate the University's wonderful international diversity by looking at how people around the world mark the new year.

We're all spending a lot more time at home than ever before. Time to take advantage of that and save yourself some money with our top tips for making the most of your online food shop.

Since March last year, many of you have experienced what it means to learn online. But if you’re new to the University of Sunderland in London, you might be wondering how you can make the most out of your digital experience. Follow our eight top tips for staying focused during your studies.