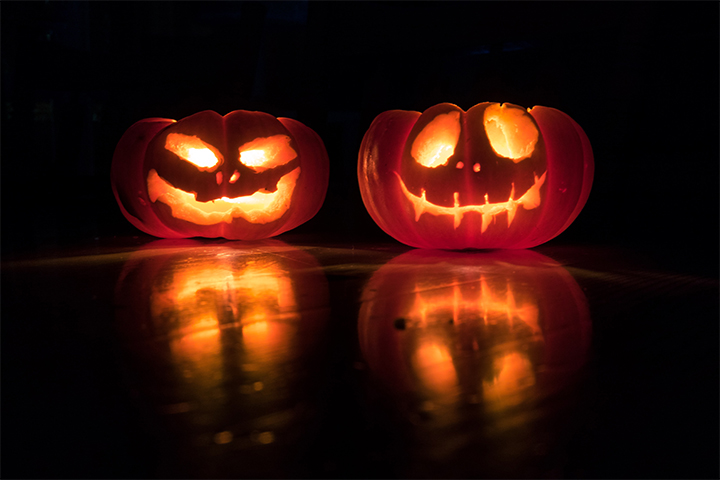 This Sunday is one of the spookiest, most terrifying nights of the entire year – Halloween!

With expensive costumes and high ticket prices to London bashed it can be a costly celebration, especially for someone on a student budget.

That’s why we wanted to give you some ideas for enjoying All Hallow’s Eve without breaking the bank.

So step away from your studies for the evening and blow off some steam this Halloween.

London is renowned for its Halloween parties. There are so many to go to, from full-blown clubs to fancy cocktail do’s.

But they tend to come with a hefty entrance fee, not to mention the costs of drinks and snacks added on top.

One way to beat the price tag is to host the thing yourself. Pick up some cheap decorations from pound shops, have your friends bring their own drinks and maybe even do a potluck for the food.

Then simply throw on Spotify for some free music and dance the night away.

London has a history dating way back to the Roman period in around 43CE when it was known as Londinium.

In nearly 2000 years a lot has happened in this city and a lot of people have lived here.

One of the most popular things to do in London is to explore that history in a uniquely spooky way – with a ghost tour!

Although you can spend loads of money on a professional guide, there’s no reason you can’t go on a self-guided (and free) one.

Visit well-known locations like Hen and Chicken Court and Fleet Street, made famous by the demon barber of Fleet Street himself, Sweeney Todd or Liverpool Street Station, the location of the Bethlem Hospital plague burials.

Check out this City of London article for more inspiration.

From the mummies at the British Museum to extinct animals at the Grant Museum of Zoology, there are plenty of spooky and interesting places to go this Halloween.

Alternatively, you could visit one of London’s Magnificent Seven cemeteries.

These large and beautiful places of rest are home to some of the city’s most famous former residents including writers Karl Marx and George Elliot in Highgate Cemetery and King George III’s tragic daughter Princess Sophia in Kensal Green among many others.

Take a stab at a pumpkin

One of the most famous of the Halloween traditions, pumpkin carving, started with an Irish myth about Stingy Jack.

The tale goes he tricked the devil out of some money causing him to be banned from heaven and hell when he died, instead being left to wander the Earth for all time.

To frighten Jack away, people would carve scary faces into turnips, which was changed to the more typical pumpkin when large numbers of Irish people moved to America in the 19th century where the gourd was easier to find.

Why not celebrate the tradition with your own pumpkin carving contest? The scariest face wins, of course!

Are you celebrating Halloween this year? We’d love to see your costume ideas.

University students write assignments. It’s one of the things most people know to expect when they apply to study. But despite that knowledge, it can be a big jump to go from whatever you were doing before, whether that’s school, working for thirty years or raising a family, straight into writing 1,

Creativity is a key skill not just for university life but for the world of work as well. You don't need to be studying an art subject to be innovative in your thinking - something top employers are looking for all the time in their graduate employees. Learn how to use creativity in your time studying at the University of Sunderland in London.

Life as a University of Sunderland in London student can be exciting, interesting and fun. It is also, for many of you, just one aspect of your very busy lives. It’s no wonder then that a question lots of people ask is ‘how do I study around my other commitments?’ We’ve put together our very best tips and tricks for getting the most out of your time with us, without burning out!

For over 40 years the countries represented by the United Nations have been celebrating World Tourism Day on this date. Aimed at marking the impact of the industry on everything from the economy to culture, it’s an opportunity for all of us to talk about the sites and attractions we love.