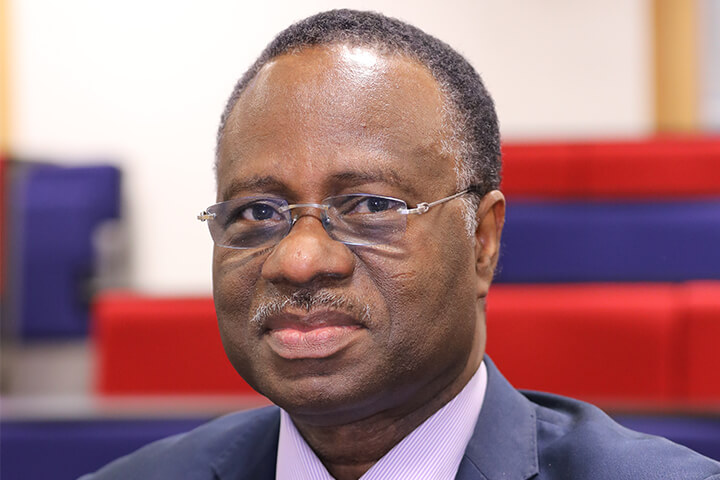 Benjamin Agyemang is a lecturer in Business, Management and Finance courses at the University of Sunderland in London.

In this article, he discusses the theory of ‘Bounded Rationality’ - the idea that the decisions we make are based on the information we have at the time.

Read on to learn more and find out how this theory affects whether you will take a COVID-19 vaccination.

“For years, behavioural economists (researchers who study human behaviour) had believed that people are mostly rational in the decisions they make.

Given the choice, they argue, we will always choose the things that give us maximum satisfaction from the resources we have available.

They argued this was a universal thing, something humanity and all other forms of life always do in any given situation.

It wasn’t until the 1970s that Herbert Simon, a Nobel Prize-winning American economist, came up with the idea of ‘Bounded Rationality’ as an alternative.

According to Simon there are cognitive or thought limits as well as environmental factors that have an impact on the decision-making process.

This goes for all kinds of economic groups, from people to organisations and even governments.

Bounded Rationality theory says that rational behaviour has its limits, which are based on the knowledge the person making the decision has at the time.

Put more simply, people choose using the information they have available. They can’t make a ‘better’ choice without knowing more.

That means every decision is made with some limitations. So, what would be a rational choice today could make less sense tomorrow when we get more information.

The COVID-19 vaccine and the ‘anti-vax’ movement is a good example of Bounded Rationality at work.

There are many in the UK who, following information from the government and media, have stated they are will take the jab when it’s offered to them.

On the other hand, as much as one in six have decided not to get vaccinated, often stating sources of information that could be thought of as less reliable.

What is more, people within these movements often feel it is their responsibility to share their beliefs and convince others to not get the jab.

The ease with which people accept the vaccine is linked to the amount of information, and sources, they have at the time of making their decision.

A person’s ability to make the best choice, when surrounded by conflicting narratives in the COVID-19 era, is therefore restricted.

The ability to be rational seems simple enough. But you can see how, in the modern world, it’s been limited.

Rationality has become based on the context a decision is made in and the information available at the time.”

You can read more from Benjamin in his article on Cognitive Dissonance in the Research section of our News pages. Find out more by following #WeAreSunLon on Facebook, Twitter and Instagram.

Lecturer in Business and Management at the University of Sunderland in London, Benjamin Agyemang, talks about the lockdown and how it’s changed our approach to our jobs. In this article, he explains the conflict between what we think of as the ‘proper way’ to work and remote working.

For Dr Franklin Onukwugha, Associate Lecturer in Health and Social Care at the University of Sunderland in London, COVID-19 presented a unique challenge. When travel restrictions meant he couldn’t conduct his research on health issues amongst young people in Northern Nigeria, his team came up with an innovative solution – moving online.

Dr Benjamin Ajibade is the Senior Lecturer and Programme Manager for undergraduate Nursing courses at the University of Sunderland in London. In this article, he discusses the impact of COVID-19 on the mental health of students on traditional, practical nursing courses.

Dr John Kainesie is a lecturer at the University of Sunderland in London, teaching on the MSc Public Health and MSc Nursing courses. In this article, he discusses the long-term effects of the lockdown on the mental health of students and what we can look forward to when the campus reopens.