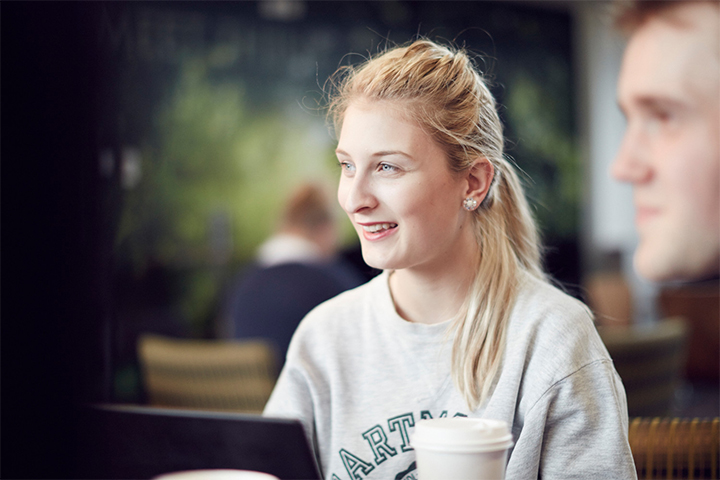 On the list of skills you should start developing as a student before you graduate into the world of work, surely high up there is the ability to negotiate.

Learning how to have open and honest conversations that lead to positive outcomes is something which will help with everything from landing your first major role to getting a promotion.

In this article, we wanted to give you some pointers for becoming great at negotiating. Start practising now so when it comes to it, you’ll be making deals like a pro.

1) Know what you want

The first rule of getting what you want is knowing what that is. How can you expect someone to say yes to your requests if you’re not confident in making them?

Make a list of your desired outcomes and rank them in order of how important they are to you.

It’s also a good idea to share your list with the person you’re negotiating against, whether it’s about a salary increase or a promotion.

That builds trust and keeps everyone on the same page.

Going into a negotiation assuming you’ll get everything you want is a great way of being disappointed.

Say you want a 10% pay increase. There might be some brilliant reasons why, but if the company can’t say yes to that, it’s important to have an alternative.

Will you accept a lower increase? What about adjusted working times or more annual leave?

Make sure you have your plan B ready before you sit down to talk.

3) Get in there first

Setting the tone for the meeting is something which can benefit either side, so you might as well make that you.

Putting down your offer first can anchor the negotiations and will mean they’re responding to you rather than the other way around.

To continue with the salary increase example, if you say 10% they might say 5% and you both compromise to 7%.

If they start, they could begin with 2% and you’ll look unreasonable asking for something as high as 10%.

Going first lets you be in charge and lead the direction of the talks.

Going along with the last point, make sure you always give a counter-offer to anything they put on the table.

If you say yes to their first offer, they might think they offered you more than you were expecting.

Likewise, you could come out of it better than you thought, so it never hurts to ask.

Negotiations can be nerve-wracking things, especially if you are not used to them or you’re negotiating with your current boss.

But everything from the way you speak to your body language can affect the outcome so the best thing to do is sit up straight, keep a neutral face and speak calmly.

Some negotiators might try to ‘play hardball’ with your talks. This could mean them saying you can either take their offer or leave it, for example.

They aim to make you feel like you have less power so you’ll accept something lower than you should.

You can fight back against this tactic by recognising it. There is almost always a little wiggle room in negotiations, so don’t be fooled.

Whatever you decide to do with your future, the University of Sunderland in London Careers and Employability Service is here to help.

To have a one-to-one chat with them, book a meeting through Compass or email careers-london@sunderland.ac.uk. Find out more by following #WeAreSunLon on Facebook, Twitter and Instagram.

Analytical skills are a vital part of any business and having them will make you a highly desirable candidate for lots of roles. It’s essentially the ability to gather, analyse and act on information gathered in your business, paving the way for growth and problem-solving.

For the most part, businesses are created to do one main thing – make money. Whether you’re hoping for a promotion or joining on the bottom rung of a huge multinational, you need to understand the processes which go into being financially viable.

How to answer, ‘what are your greatest strengths?’

We all have things we’re great at. Skills that come more naturally to us than our fellow students, theories and ideas we understand with greater ease. If you are lucky, at your next interview you might get asked to talk about the things you’re good at.

Weird interview questions and how to answer them

When you graduate from the University of Sunderland in London and start applying for jobs, it’s natural to prepare for upcoming interviews. Some of them are simple like ‘tell us about yourself’, others need a bit more thought such as ‘why do you want to work for us?’.