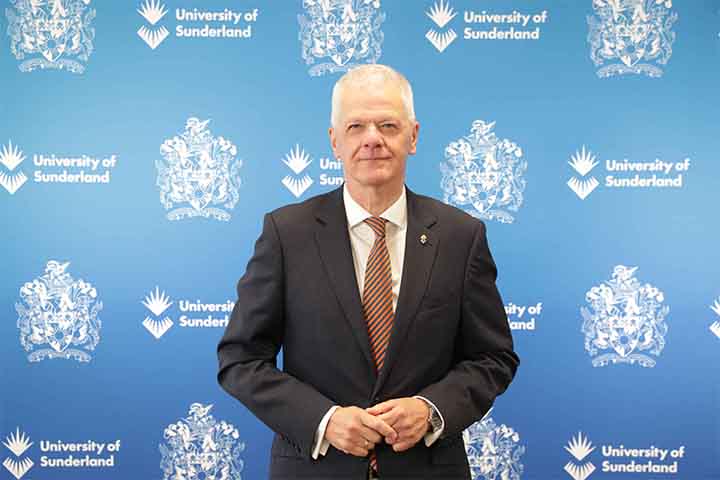 Leaders from the University attended the Times Higher Education (THE) Awards 2021 in the capital city on Thursday.

We had been shortlisted for the event’s most sought-after award, ‘University of the Year’.

And while the prize ultimately went to Cardiff Metropolitan University, that did not stop the University receiving praise for its efforts over the past 12 months.

Sir David Bell, our Vice-Chancellor and Chief Executive, said: “Being shortlisted for such a prestigious national award is public recognition of the outstanding work done by students and staff over recent years as we have sought to fulfil our purpose as a life-changing institution.

The awards were held in front of an audience of VIPs, higher education experts, and other university leaders. The 'University of the Year' is the most esteemed of the THE Awards which celebrate talent, dedication and innovation in higher education.

Our shortlisting has been viewed as a major recognition for both staff and students.

John Mowbray, Chair of Board of Governors at the University, said: “Congratulations to the winners of the award, but well-done Sunderland.

“Just being shortlisted is amazing recognition for students and staff at our University. This shows that the work all of our staff have done to teach and keep safe students has been noticed.

“Students have responded superbly and worked with staff during difficult times. As ever that combination is truly life-changing.”

The other universities nominated were; Aston University; London School of Hygiene and Tropical Medicine; The Open University; the University of York, and this year's winner Cardiff Metropolitan University.

The University’s entry was centred around the concept of Sunderland being an institution that ‘knows its place’ by being clear about its life-changing purpose; sharp in its ambitions for students from all backgrounds; and distinctive in its contribution to higher education.

You can find out more about the Awards in our article announcing the University’s nomination.

We are excited to announce that the curriculum of our MSc Public Health course has been awarded accreditation by the Agency for Public Health Education Accreditation (APHEA). The University of Sunderland in London’s Madhini Sivasubramanian, tells us more.

Sir David Bell, Vice-Chancellor of the University of Sunderland made his first official visit to our new building recently.