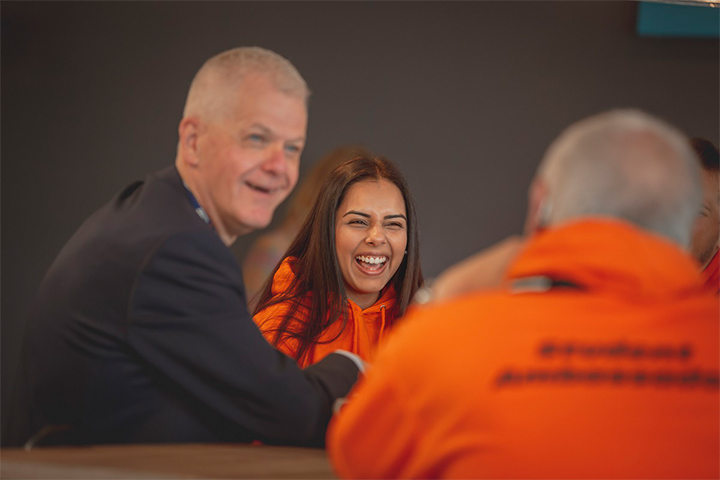 The nomination marks a successful 12 months for the University, with Sunderland named the University of the Year for Social Inclusion by The Times and The Sunday Times last September.

Sir David Bell, Vice-Chancellor and Chief Executive of the University of Sunderland, said: “Being shortlisted for this prestigious award is a significant moment for the University.

“Such recognition speaks volumes about the outstanding work being done by students and staff, even during a global pandemic. It is also testament to the growing reputation of the University.”

John Mowbray, Chair of the University Board of Governors, said: “I am delighted that our work at the University is increasingly being noticed, and commented on positively, at the national level. This award reflects the commitment of students and staff, something that the governors see on a day-by-day basis.

“I pay tribute to the whole University community, including my fellow governors, for their belief in the institution and their constant desire to improve all that we do.”

The University’s entry was centred around the concept of Sunderland being an institution that ‘knows its place’ by being clear about its life-changing purpose; sharp in its ambitions for students from all backgrounds; distinctive in its contribution to higher education.

The University has 20,000 students based on campuses in the northeast of England, London and Hong Kong, and at its global partnerships with learning institutions in 15 countries.

The winner of the category will be announced at the awards ceremony on 25 November.

April this year marked a very special milestone in the history of the University of Sunderland in London. Less than two years after we welcomed the 10,000th student to walk through the doors of our Canary Wharf campus, we were inviting the 15,000th to follow in her footsteps.

The University of Sunderland in London has acquired a whole floor of Harbour Exchange Square and is working with top designers to renovate the office space ready to welcome students later this year.

Last Thursday, the Vice-Chancellor of the University of Sunderland, Sir David Bell, visited the London campus to meet our team of Stay Safe Ambassadors. ere inviting the 15,000th to follow in her footsteps.

After a long and often challenging time during the COVID-19 pandemic, things are finally starting to change. We are delighted to be able to welcome you back to the University of Sunderland in London full-time from Monday 16th August.