Lal Krishna and Alexandra Bratu jumped at the opportunity to sail from Canary Wharf to Sunderland for the Tall Ships celebration in July 2018. The epic journey saw them spend nine days aboard the Atyla, a two-masted wooden schooner, alongside an international crew.

After a brief stopover in Whitby, the team made port at the festival, joining students, lecturers and other members of staff (who made the somewhat easier journey up on the train) and Tall Ship teams from around the world for the five-day celebration of maritime culture.

Lal Krishna said “It turned out to be the best trip of my life! We got to spend the journey interacting and having fun with people from eight different countries.”

The journey was extremely hands-on, with both Lal and Alexandra taking part in all aspects of ship management; from hoisting the sails to steering the vessel and making sure it was ship-shape for their arrival in Sunderland. This was extremely hard work, with the crew even taking shifts to sail the Atyla safely through the night. 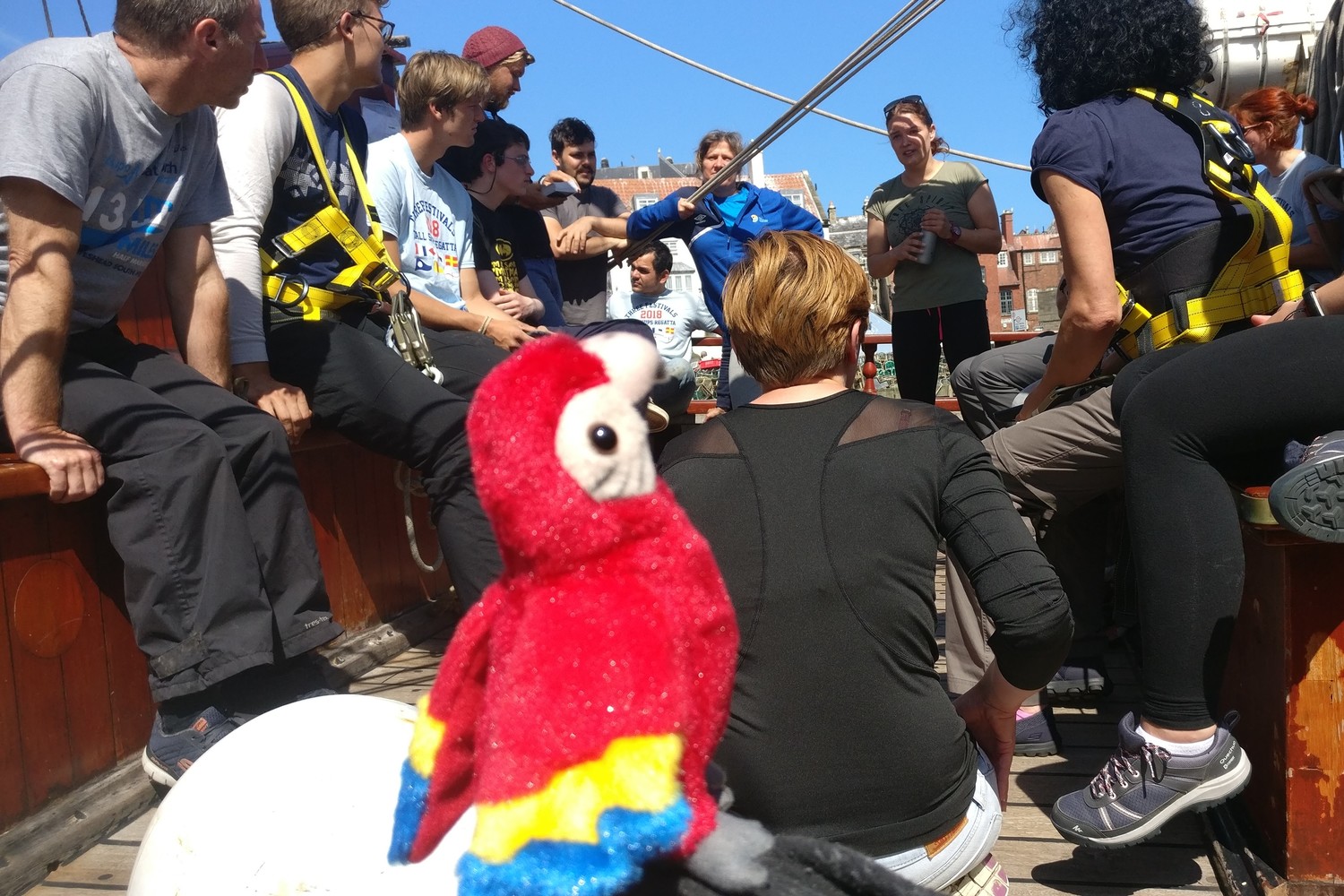 The team were accompanied by their first mate, Sandy the Parrot.

On arrival at Sunderland, Lal, Alexandra and the crew of the Atyla joined a 50-strong fleet of Tall Ships for one of the biggest festivals in the city’s history. Celebrations stretched from the Port of Sunderland, where the team debarked, to the River Wear, home of the University of Sunderland.

They included a parade with 600 Sunderland locals marching to welcome the ships and crew, a programme of over 200 live acts and even a nail-biting tightrope walk across the River Wear, performed by Cirque Bijou.

Taking the Tube to Sunderland

Some students and members of staff came up with an unusual way to make sure they stood out from the crowd – dressing as famous stops on the London Underground to bring a little of London to the North East and raise the profile of the University of Sunderland in London. 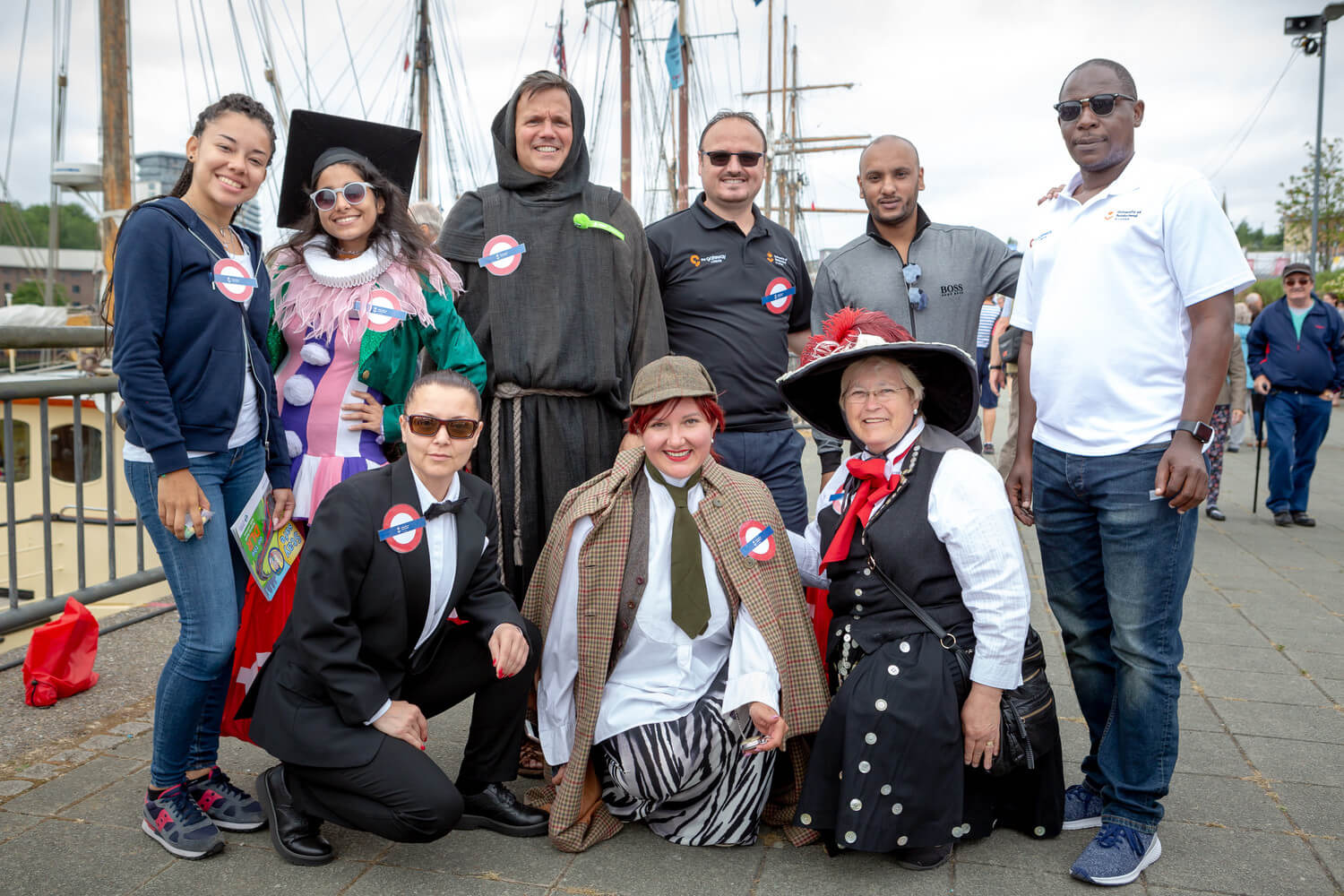 Bond Street, Oxford Circus and Baker Street made an appearance at the Tall Ships festival.

Tim Maugherman, Head of Services for Students in London Campus, said: “The London Tube is probably one of the biggest and best known global marketing icons out there.  Even if you have never been to London, people all over the world know this symbol and what it stands for.

Lal summed up the experience, “Whenever I think about the trip, I get the same feeling of excitement and goosebumps I got on the ship. I’ll always keep those memories in a special box in my mind.”

All face-to-face classroom teaching and assessment at the University of Sunderland in London is suspended until further notice.

In the unprecedented times we’re living in we're relying on each other more and more, even when we have to be further apart. For BA (Hons) Business and Management student Maria Ntoulellari, she saw her work at community app Halo as a chance do a little good.

Keeping up with your New Year’s resolutions is difficult when you’re spending your days cramming for exams and writing essays. But not to worry, we’re here to help with our top university resolutions and how to keep them.

What we love about the University of Sunderland in London

There is a lot to love about the University of Sunderland in London, whether it’s the close community or the location in the heart of London’s financial district. This Valentine’s Day we asked some staff and students what they love about being here.