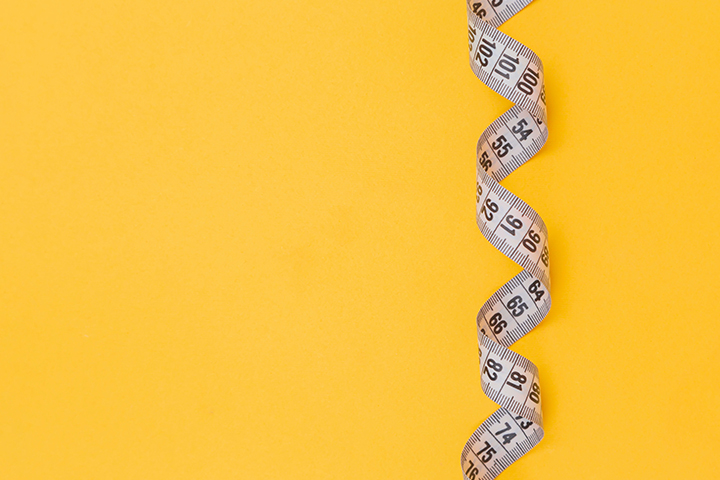 Body image and what we eat are some of the most discussed things in society. It’s no surprise that about 20% of the UK’s university students have reported issues around food.

This week, the Health and Wellbeing team are talking about common eating disorders, how to recognise the signs and where you can get help.

“Although they have very physical symptoms, eating disorders are actually mental health conditions.

The sufferer uses something they can control - food - to cope with difficult feelings and situations.

There are around 1.25 million people in the UK currently suffering from an eating disorder and, despite popular belief, about a quarter of these are male.

It’s also not as easy as you might think to spot someone who has anorexia or bulimia, say. In fact, less than 6% are clinically underweight.

But with early treatment being key to a successful recovery, how do you know if your loved ones need help?

The truth is eating disorders are complex and do not all fit within one simple definition.

One form might cause a symptom that doesn’t exist in another, which is why it’s so important to recognise the features of the most common.

Someone with anorexia will have a low weight and a powerful fear of gaining any more, caused by a distorted image of what their body really looks like and a belief that thinner is better.

To control this, they typically reduce the amount they’re eating significantly, getting more extreme over time.

The sad result is that anorexia has the highest mortality rate of any mental health condition.

You may find sufferers hiding food, eating slowly and being irritable more often but it’s with the psychological impacts where the most difficult aspects of the condition lie.

Anorexics spend a huge amount of their time thinking about food, to the point where other parts of their life simply fall away.

There is a tendency towards perfectionism, difficulty concentrating and depression.

For a more complete list of symptoms and how to spot them, visit the NHS website on anorexia.

Although often confused with anorexia, bulimia is typified by cycles of overeating (binging) and ‘compensating’ (known as purging) where the sufferer will get rid of the food through vomiting, laxatives, fasting or obsessive exercise.

Noticing this pattern is the fastest way to spot the condition, of course, but many bulimics are adept at hiding the true extent of their behaviour.

They will, though, display habits like constantly comparing their bodies to other people, hoarding food and withdrawing from social situations to have more control over what they’re doing.

Psychologically speaking, the symptoms are similar to anorexia, with a lot of time spent thinking about food, difficulty concentrating and a fear of gaining weight.

Visit the NHS website on Bulimia for more information.

The third and, by some measures, the most common eating disorder is typified by an uncontrollable urge to eat far beyond the point of being full.

Unlike bulimia, sufferers do not purge but retain which can lead to some drastic weight gains (often further antagonising the mental health conditions which caused the habit in the first place).

People often mistakenly think sufferers ‘choose’ to eat lots of food. That they want to overindulge.

The truth is binges can be extremely distressful and normally involve a lot more food than someone would consume.

Get further details on the NHS website for binge eating disorders.

If you think you, or someone you know, is suffering from any of the disorders above, the first step is a conversation.

Speak to a person you trust whether that’s a classmate, a family member or someone you work with.

Doctors in the UK are well trained in eating disorders, so it’s important to get in touch with your GP as soon as possible.

They may put you in contact with a specialist who will be able to help further.

Eating disorders are very treatable and recovery is completely possible. But remember, it is easier to beat them the earlier they’re caught so do not delay.”

If you’ve been affected by any of the issues in this article, please get in touch with the Health and Wellbeing team.

Book your appointments through Compass, email them at londonhealth@sunderland.ac.uk or call on 0207 531 7343 from Monday to Friday, 9am-5pm

Loneliness over the holidays

The Health and Wellbeing team are closing up the year looking at a common issue for people during Christmas - loneliness. Read on for their tips and advice.

An increased interest in neurodiversity in recent years has meant people with conditions like dyslexia, autism and ADHD are getting access to the support they need. This week, the Health and Wellbeing team at the University of Sunderland in London are talking through some of the key issues when thinking about neurodivergence and study.

We all need a little help sometimes. Whether we’re struggling with sleep, anxiety, our body image or anything else, thinking we have to go through things alone is not easy. But as a student at the University of Sunderland in London, you are not alone. We’re here to help, and so is Silvercloud.

It’s a brand new year and the Health and Wellbeing team are looking forward to the biggest trends in taking care of yourself. Read on for their insights and a few tips on how you can go into 2022 in the best way possible.