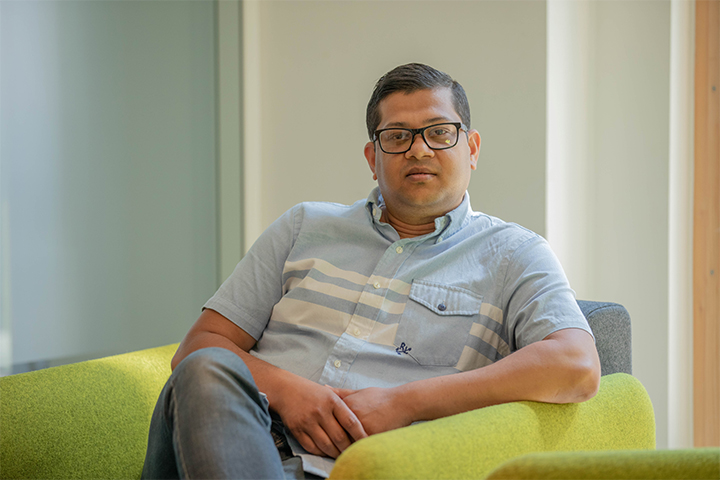 For many of our students becoming a leader is key to their career plans, whether that’s running a business as an entrepreneur or taking on management roles in established companies.

In this article, Lecturer in Undergraduate Business Afzal Munna talks to us about exactly what it means to be a leader in the 21st century.

“When you look through academic literature on the subject, you’ll find hundreds of definitions of leadership.

Despite that, only a few would be recognisable to the average person.

People think of leadership as a trait, a quality that individuals have which is often inherited or somehow built into who they are.

But it can also be thought of as an ability to be learned, breaking the myth that leaders must be born.

You can also think of leadership as a skill. Considered this way, it’s something you learn for a specific reason like completing a task most effectively.

Yet another way to look at leadership is as a behaviour or the actions someone in a higher up role takes.

Finally, and somewhat unusually, you could think of it as a relationship. A leader can be defined through the people they manage, their success or otherwise.

It impacts the perception of you and your abilities, something unique to that position.

This makes leadership a process of collaboration between the leader and the follower through the ability to influence a group of individuals to achieve a common goal.

The famed Greek philosopher Aristotle defined leadership as the ability to become virtuous through the act of being virtuous.

To put it in a more modern way, practice makes perfect.

He argued that the ability to become a better person can be learned simply through the act of doing good things.

That’s something which we’ve confirmed these days through psychological research.

People change their own minds by taking their first steps towards behaviour shifts, making the brain a powerful leadership tool.

Change, therefore, happens from the inside out not the outside in.

But what does all this have to do with leadership? In the same way as improvements are made step by step, so too for management.

Research has shown that a leader becomes one through doing the work of leadership. This idea can be broken down into external and internal processes.

The former is about developing a reputation as a potential leader or having the abilities needed for the role.

Others see our actions and how they would be suited to being in charge and move us along the path to our goals.

The internal process is more about how our own motivations and self-definitions shift.

Once we start thinking we’re capable of being a leader we begin to act that way, eventually self-defining as such.

Beyond all else, the definition of a leader can be simple. Keep a positive and resilient mindset, be flexible, work on your communication, courage, humility, presence and responsibility.”

That way, you too can make yourself into the leader you want to be.

Afzal Munna teaches the BA (Hons) Business and Management course at the University of Sunderland in London.

You can find out more about our Business, Management and Finance degrees by registering your interest, booking a personal consultation, attending an Open Day or downloading your prospectus. Find out more by following #WeAreSunLon on Facebook, Twitter and Instagram.

Bounded Rationality: To jab or not to jab

Benjamin Agyemang is a lecturer in Business, Management and Finance courses at the University of Sunderland in London. In this article, he discusses the theory of ‘Bounded Rationality’ - the idea that the decisions we make are based on the information we have at the time. Read on to learn more and find out how it affects whether you will take a COVID-19 vaccination.

For Dr Franklin Onukwugha, Associate Lecturer in Health and Social Care at the University of Sunderland in London, COVID-19 presented a unique challenge. When travel restrictions meant he couldn’t conduct his research on health issues amongst young people in Northern Nigeria, his team came up with an innovative solution – moving online.

Dr Benjamin Ajibade is the Senior Lecturer and Programme Manager for undergraduate Nursing courses at the University of Sunderland in London. In this article, he discusses the impact of COVID-19 on the mental health of students on traditional, practical nursing courses.

Dr John Kainesie is a lecturer at the University of Sunderland in London, teaching on the MSc Public Health and MSc Nursing courses. In this article, he discusses the long-term effects of the lockdown on the mental health of students and what we can look forward to when the campus reopens.