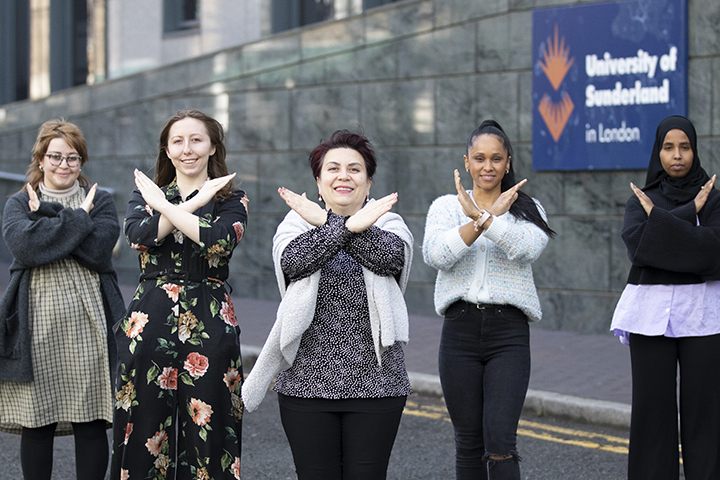 Tomorrow is the 47th International Women’s Day to be celebrated around the world since its inception in 1975.

While a huge amount has changed for many women around the world, this year the organisation is taking a serious look at some of the things that still need to be achieved in the fight for equality.

The theme of #BreakTheBias is centred on the idea that when we work together we can create a community free of stereotypes and discrimination - a truly gender-equal world.

Although it’s a problem that can often be very open, sexism can also be more subtle to the point where the person at fault doesn’t even realise what they’ve said or done.

This year, we wanted to help you fight back against sexism and discrimination in all its forms with some tips on how to address it in your everyday life.

Like we say, gender bias is not always so obvious. While it’s easy to spot someone being openly discriminatory, it’s possible to argue that there’s more everyday sexism in the world.

That’s why it’s important to know the signs and recognise them when you see them. Is your study group only men? Do you use few to no examples from female academics in your assignments?

Once you start looking for the unequal balances in the world, you might be surprised by just how much subtle sexism exists even in your own work.

Whether it’s actively looking for articles by female researchers, learning about women-led business or historical figures from your industry, there are loads you can do to combat bias right now.

Think about things like inviting more women to add their voice to your conversations, eat lunch in gender-neutral groups, and avoid talking over people of the opposite sex when they’re answering questions in class.

If you see someone acting openly sexist, it’s OK to (politely) offer your support to the woman experiencing it. Being an ally and a friend in this kind of situation is often the most effective way of diffusing it.

Stand up for people online

While social media can encourage for community, discussion and learning, it’s also often a place where some of the most overt sexism appears.

Luckily, anyone can add their voice to the conversation and that includes those of us who want to break the biases we see around us.

This means, when you spot sexism online, don’t be afraid to speak up against it. Show your support for the victim and, where appropriate, report the negative comments for the platform to remove.

There are lots of ways that gender discrimination can find its way into our society. But a large community is growing of people equally dedicated to fighting back against it.

At the University of Sunderland in London, we welcome people from across the gender spectrum in the recognition that diversity is one of the things which makes our community so amazing.

You can find out more about our Equality, Diversity and Inclusion work on the website.

If you’ve experienced sexism, or want to talk with someone about gender discrimination, our Health and Wellbeing team are available 9am-5pm, Monday to Friday. Drop-in to their office on the 4th floor, give them a call on 020 7531 7333 or email at londonhealth@sunderland.ac.uk for a confidential chat.

If you want to get involved, tell us how you’re breaking the bias and share your pics using #WeAreSunLon and #BreakTheBias.

Getting ready to start at the University

We're so excited to be welcoming new students to classes this month. Get ready to start your University of Sunderland in London experience with these top tips.

LGBT History Month: Being an ally

As part of our LGBT History celebrations, we wanted to talk about what it means to be an ally. Find out what you can do to support your LGBTQ+ friends, family members and colleagues.

It’s LGBT History month so throughout February we wanted to share the stories and experiences of queer people in society, alongside tips for being an ally. Today, we’re highlighting some of the activists who have had the biggest impact on the lives and rights of lesbian, gay, bisexual, transgender and queer people.

You’ve just joined the University of Sunderland in London, congratulations! We’re so excited to have you here as part of our unique, welcoming and close-knit community of students, academics and support staff. Find out about the services you can take advantage of during your studies.